Rating systems such as Olympic judging, product reviews on Amazon (5 out of 5 stars!), or the simple “Like” on Facebook allow the voter to attribute to each competitor, product or idea an independent measure of value.

For every rating you give a candidate, I can give a balancing rating: yes to your no or zero stars to your five, so all rating systems actually pass the voting system equality test. Even the simplest rating system – a binary yes or no, +1 or 0, support or not – lets us communicate what no rank ordering can: which choices we actually approve. 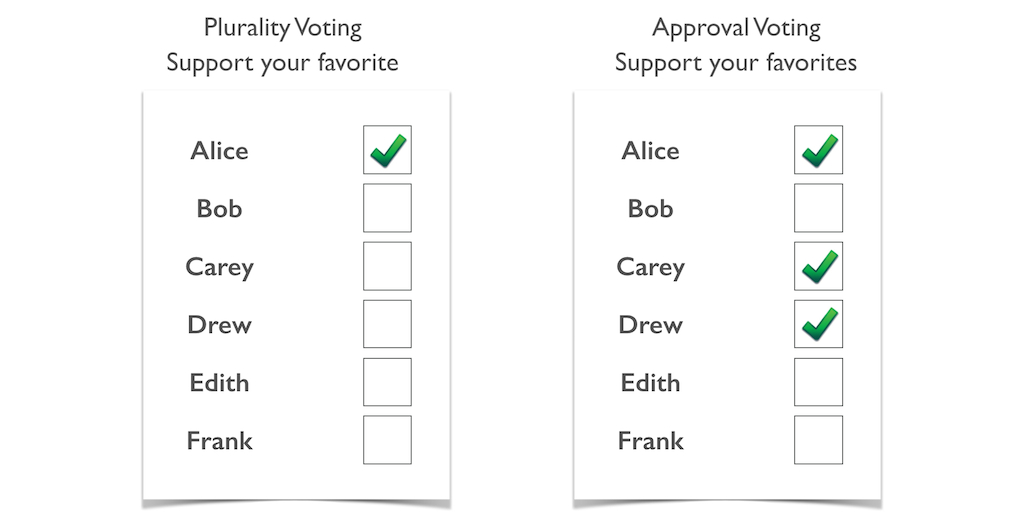 And the ballot for the simplest rating system, also known as Approval Voting, looks the same as our current ballot, only with the single choice limitation removed.

Voting Science has progressed significantly since the founding of the country. Learn more about voting system science and evaluation of voting methods.

Please check your e-mail for a link to activate your account.