The Equal Vote Coalition's mission is to promote true equality in the vote itself. Our current voting method is inherently unequal, and this inequality has decidedly negative consequences: outsized influence of money in politics, hyper partisan rancor and widespread electoral disenchantment.

The Solution: One Fair Election. We propose a new voting system, developed in 2014 by some of the nation's top voting reform experts. Instead of limiting the voter to supporting just one candidate, STAR Voting allows voters to rate all the candidates similar to how we rate books on Amazon, restaurants on Yelp and songs on iTunes. Whether we've seen the Olympics or ever been graded on a homework assignment, scoring is a thoroughly-understood, ubiquitous method of expressing a fine degree of opinion on a subject.

STAR Voting is now under petition for use for real political races. Adoption at the local level will be followed by a push to adopt STAR Voting at the statewide and national level as well.

We've also launched star.vote, an online web application that lets you run your very own STAR Voting polls, or participate in a range of public polls posted by others. Check it out and join us!

The Equal Vote Coalition is the driving force behind STAR Voting, an innovative voting method for more fair and representative elections. With STAR Voting voters use a 5 star ballot to show their preference order and level of support for the candidates. STAR Voting eliminates vote splitting and the spoiler effect, empowering voters and encouraging more positive campaigning, which in turn leads to more fair and representative elections.

STAR stands for Score - Then - Automatic - Runoff, and that's exactly how it works: You score candidates from zero (worst) up to 5 stars (best). Your vote automatically goes to the finalist you preferred between the two highest scoring candidates, so even if your favorite can't win, it's safe to vote your conscience without worrying about wasting your vote. 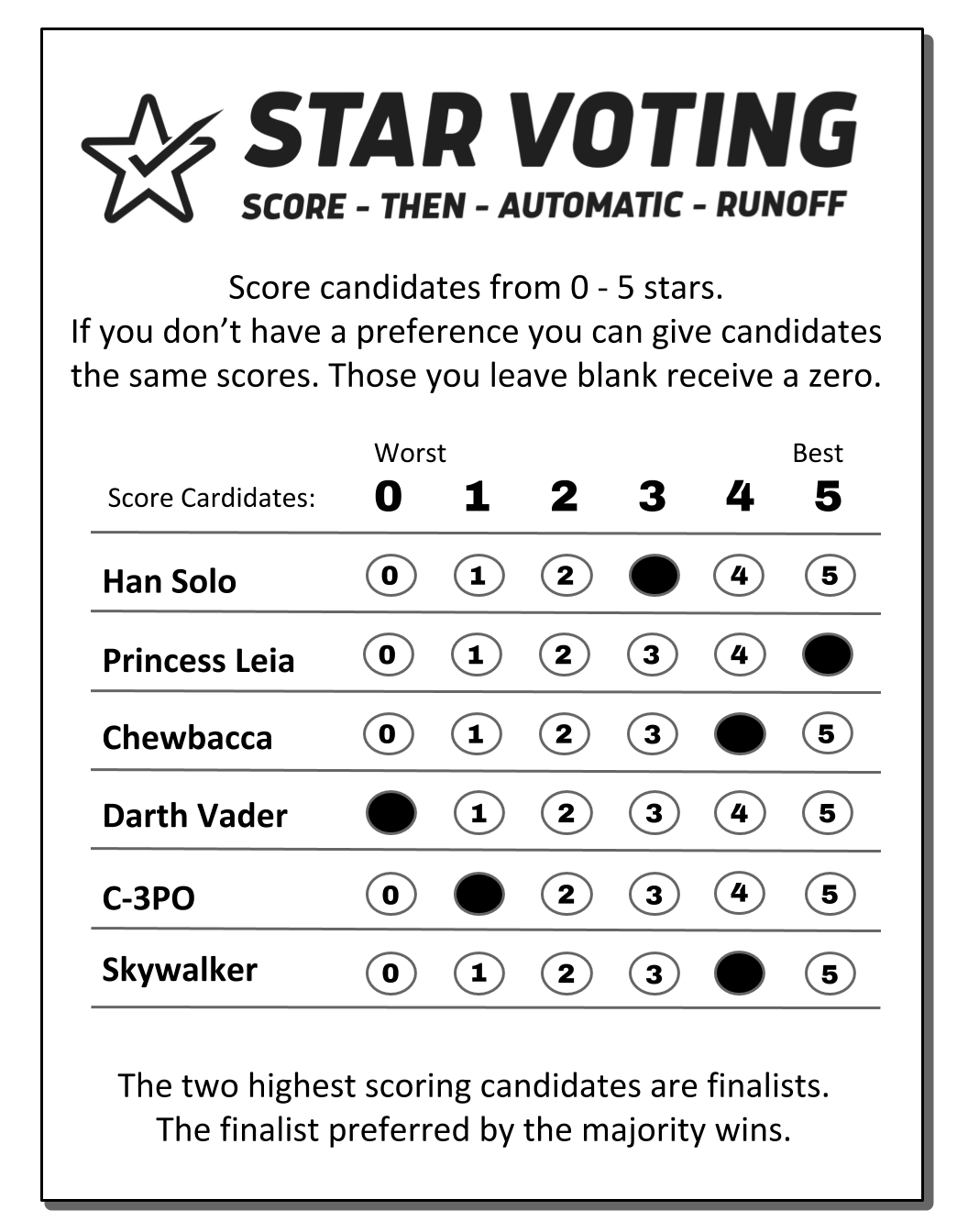 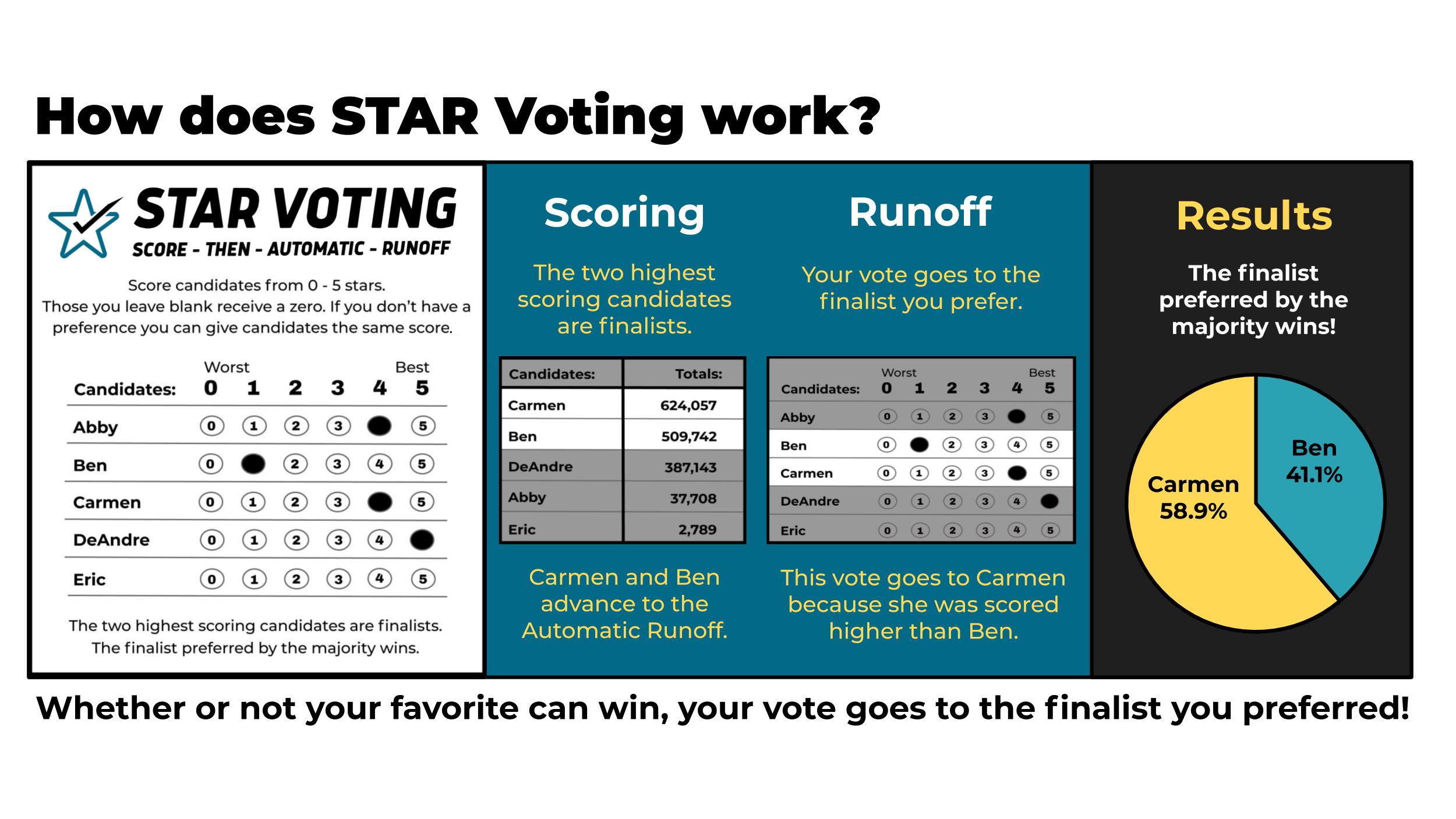