Check out the STAR Voting website at www.starvoting.us for more information.

In STAR Voting, the winner is determined in two simple steps. First, all the scores for all the candidates are added up. The second step is an automatic runoff between the two highest scoring candidates. In the runoff, your full vote is automatically assigned to whichever of the top two you rated higher. 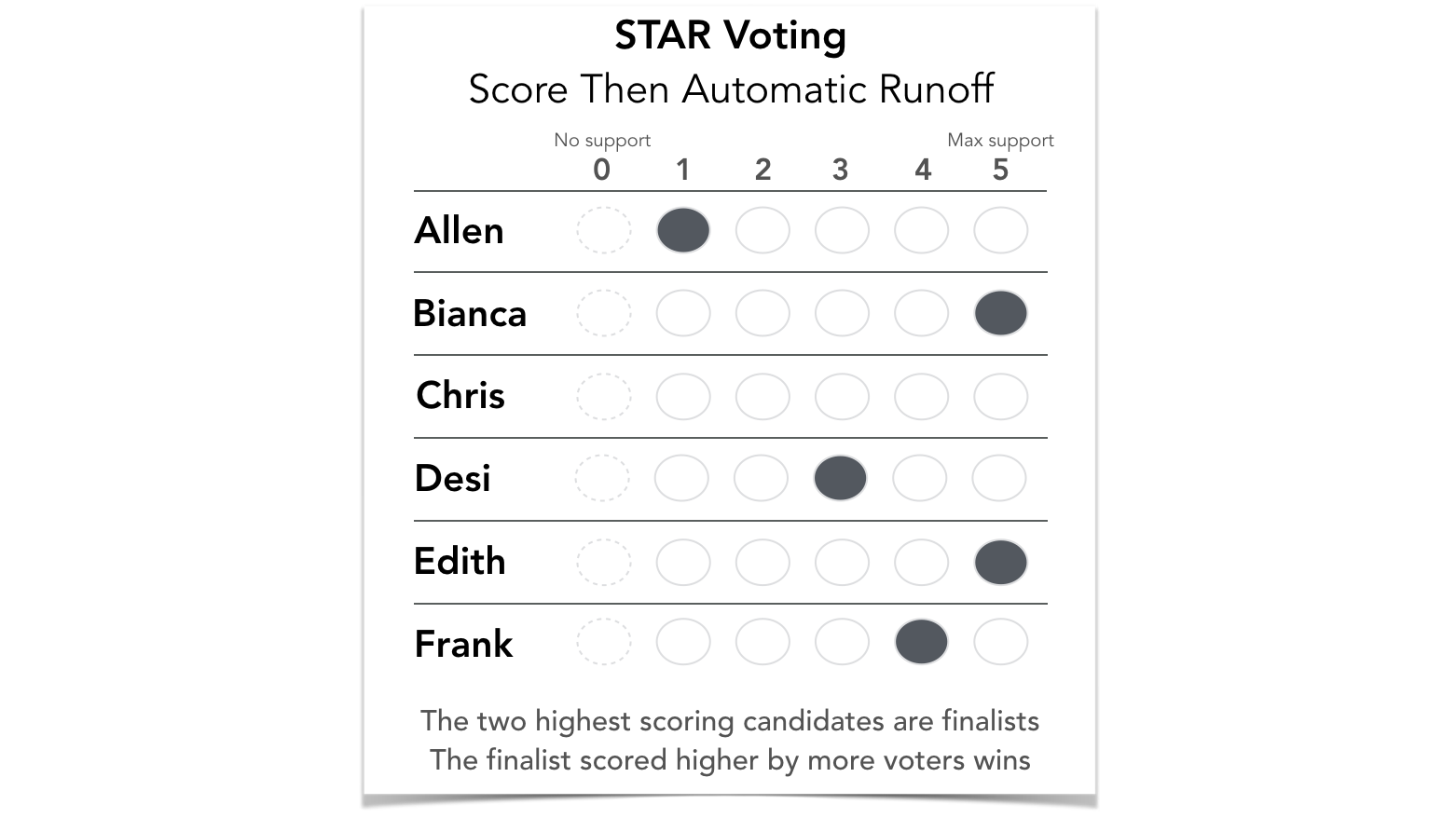 The ballot shows both your level of support for and preferences between the candidates. If you gave two candidates the same score and they both advanced to the runoff your vote would be counted as a vote of no preference between those two.

In the election above, Desi and Bianca advance to the automatic runoff because they are the two top scorers. So if your ballot looked like the one above, your full runoff vote would go to Bianca, because you gave her a 5 and you gave Desi a 3. The existence of the runoff step makes the scoring more honest: you have an incentive to differentiate candidate scores in order to have a voice in the second step.

Ranked Choice Voting (RCV) systems use the voters' preference orders of the candidates to determine the winner. By the measures above, STAR is superior to Instant Runoff Voting, the RCV system that has been the focus of recent national electoral reform efforts.

Top Two runoff systems have been adopted in several states including California and Washington. Compared to Top Two, STAR more accurately reflects the will of the voters and is less expensive for states to operate and for candidates to participate. Read more about STAR Voting versus Top Two systems.

Approval Voting and the more generalized Range Voting (also known as Score Voting) use the voter's rating of each candidate to determine the winner. Most rating systems don't also account for the voter's specific preferences between candidates. Because STAR uses the ranked preferences of the voters as well as their overall scores, it answers the strategic voting criticisms of Approval and Range Voting.

Take a look at the Chapter Page and Volunteer Page to get involved! 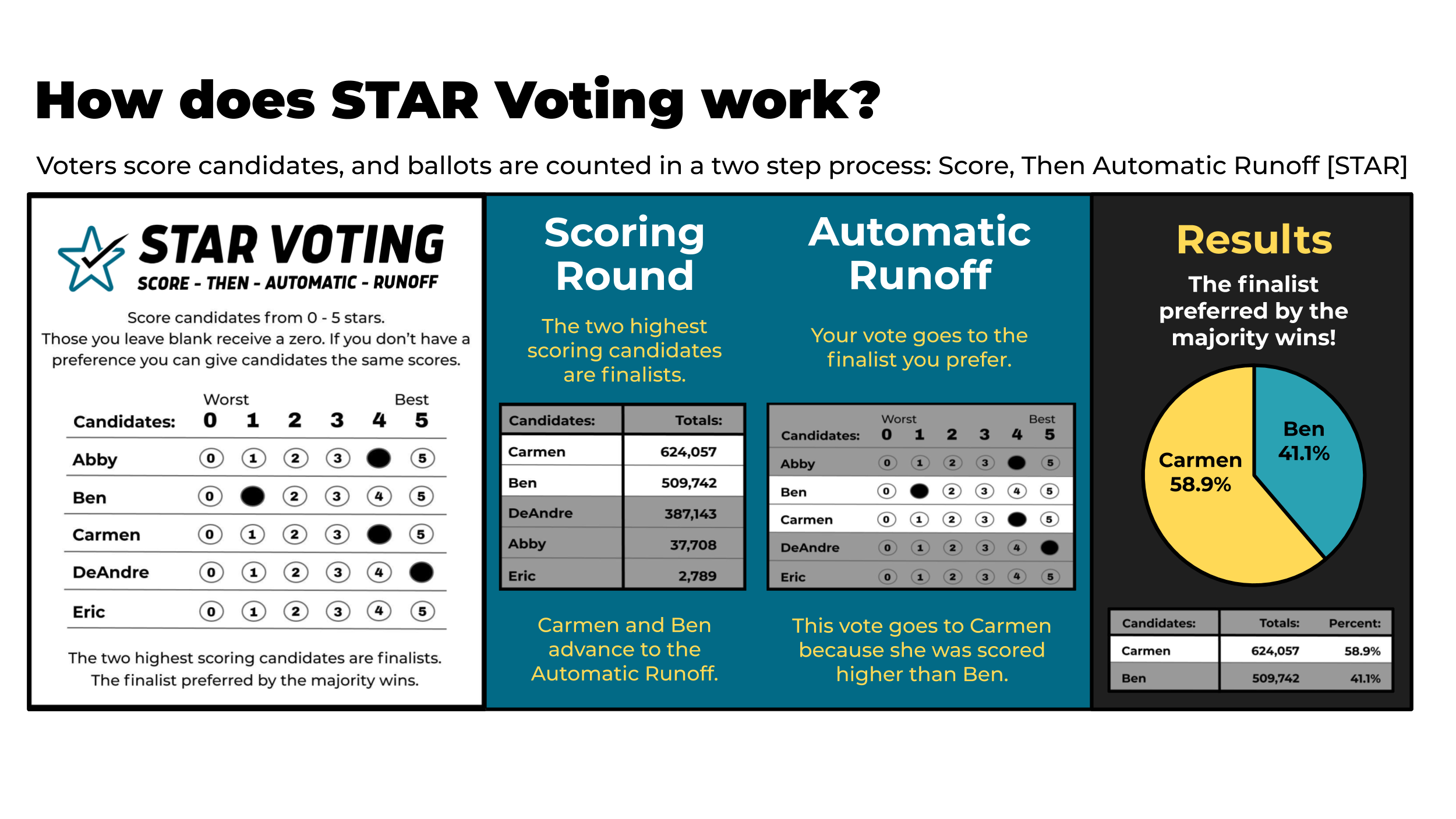